Over two thirds of the 3,235 Fly Tipping Incidents logged in Cheshire East occurred in Crewe during 2020/21 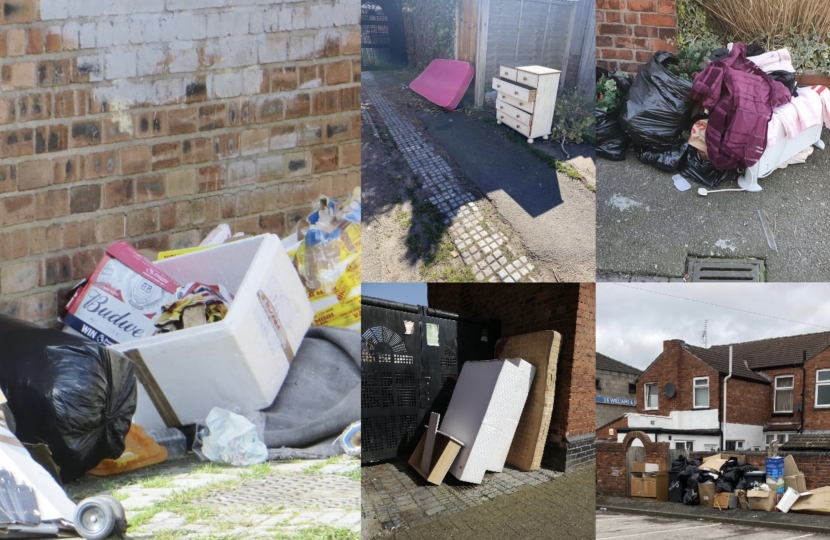 Following a Freedom of Information Request, local reporter Ethan Davies has reported that of the 3,235 total incidents recorded in Cheshire East from April 2020 to the end of the year, 2,164 — or 66.9 per cent — were in Crewe. Now, the council says it attributes this statistic to ‘poor domestic waste management.

Other towns high on the list include Macclesfield, with 288 fly-tips, and Alsager with 86.

The council says it has developed a ‘new waste management and fly-tipping policy’ to combat the problem.

The Director of environment and neighbourhood services, said: “The council takes any incidents of fly-tipping across the borough extremely seriously and we are particularly focused on this in Crewe, where reported incidents are highest.”

“We are taking direct action to address fly-tipping and poor domestic waste management through the launch of a pilot scheme called ‘Cleaner Crewe,’ which will begin soon in some streets in Crewe South.

“The scheme will see the council focus on alleyways between streets, where there have been, and still are, problems with poor domestic waste management and fly-tipping. Our thorough research has shown that the problem we are dealing with, is predominantly around the mismanagement of household waste.”

Under the powers of a section 46 notice, our officers will make the expectations for residents clear, in terms of bin and waste management. We will then use an approach we call the four Es – ‘engage, educate, encourage, enforce’ if these expectations are not followed.

Across England, more than one million fly-tips are estimated to take place every year — with Keep Britain Tidy claiming it cost £58 million to clear up the waste in 2016/17 alone and sadly that’s £58 million of tax payers money, wasted on avoidable services, that could have been spent on front-line services for residents.

It should be remembered that fly tipping is a serious criminal offence, and carries the threat of imprisonment or an unlimited fine.

For our Campaign Spotlight on the Hartlepool By-Election, meet Jill Mortimer, the Conservative candidate for Member of Parliament in Hartlepool.